069 A Conversation with Carol J Adams

The princesses talk to badass feminist trail-blazer Carol J Adams, author of The Sexual Politics of Meat, about everything feminist, from representations of women in media to transgender issues to the patriarchy of meat consumption. It’s an amazing conversation, one of our all-time favorite episodes! 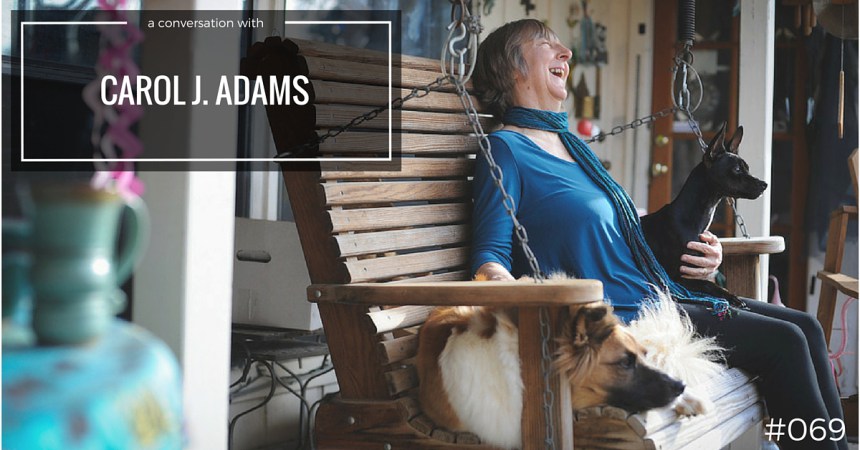 Nichole and Callie chat with Carol J. Adams about all things feminist in this incredible, free-flowing conversation. Among the many topics covered: – Why she titled The Sexual Politics of Meat as a “feminist-vegetarian” critical theory instead of vegan– An unbelievably articulate 10 minute overview of the last 40 years of feminism– If she feels feminism has taken a step back in recent years– Female representations in media– How are transgender issues/politics applied to her arguments in The Sexual Politics of Meat?– Relatedly, how can feminist conversations be more trans-inclusive– How can we get feminist cirlces to be more open to discussions about veganism?– What do you see for the future of feminism? And much more. Carol J. Adams is as hilarious as she is intelligent, so come laugh and learn with us! 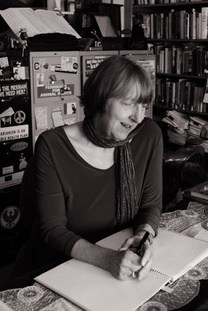 Carol J. Adams is an activist and author of several books and over 100 articles on the topics of vegetarianism and veganism, animal advocacy, domestic violence and sexual abuse, with a focus on the interconnections between forms of violence against human and nonhuman animals. Adams’ first book, The Sexual Politics of Meat, first published in 1990, was the result of 15 years of contemplation. Considered a ground-breaking work, The Sexual Politics of Meat is an exploration of the interplay between contemporary society’s ingrained cultural misogyny and its obsession with meat and masculinity. Since then she’s gone on to publish many other books, including The Pornography of Meat and Neither Man nor Beast: Feminism and the Defense of Animals. When she’s not blazing a trail for critical feminist theory, Adams enjoys cooking, sharing vegan food, and hanging out with her two rescue dogs, Holly and Inky. Follow Carol J. Adams on: Facebook | Twitter | Instagram

News Mentioned in this Episode

Pinterest
If you love us, share us!
2
Blog, Podcast carol j adams, feminism, sexism, the sexual politics of meat

This site uses Akismet to reduce spam. Learn how your comment data is processed.