I Am A Vegan Writer and Dad 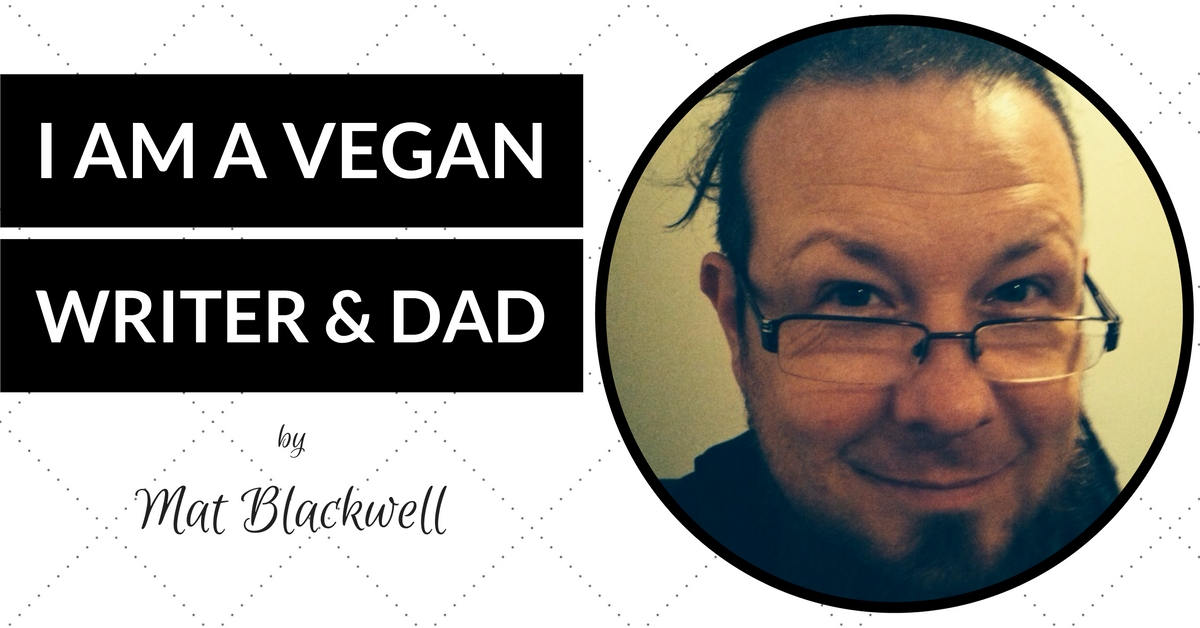 First up, the reason I mentioned that I’m a dad is that, from looking around vegan websites (this “I am a Vegan” section included), you might be led to believe that all vegans are female. The reasons behind this phenomenon are probably complex and multi-layered, but, if I were a betting chap, I’d wager it’s something to do with old-fashioned mainstream toxic masculinity, the idea that men aren’t allowed to have empathy, or kindness, or that being uncruel to animals is somehow going to “turn you gay/female/soft”, or some horrible nonsense like that. (Mainstream hetero ideas of manliness really are pretty daft, on the whole. I could easily go into a whole ranting essay about why it makes more biological sense for the gender who has dangly genitals to wear skirts than for the gender who have nice neat tucked away netherbits, but I won’t. Goodness knows anyone who knows me has already heard enough about that particular topic.) Anyway, thought I’d hit that issue on the head straight off the bat: believe it or not, the amount you respect the welfare of other beings doesn’t actually have any relationship to your gender, sexuality, strength, or anything else. Indeed, if anything, you actually have to be a stronger person to choose animal welfare over the lazy ease of conformist corpse-eating! […]

END_OF_DOCUMENT_TOKEN_TO_BE_REPLACED
3
Blog, I Am A Vegan